Playing Pump in a Semi-Automatic World 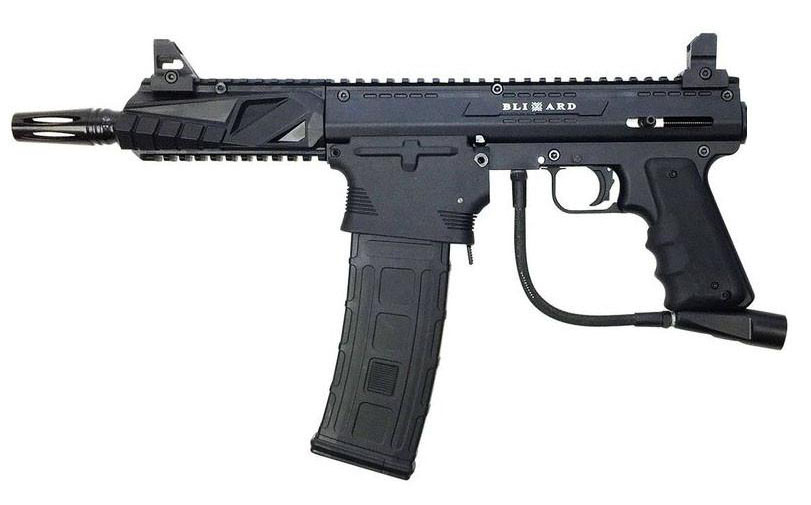 Playing with a pump gun can be fun and challenging. If you want to see my opinion on taking the pump gun challenge, read the “Why Play Pump?” page. If you’ve already decided on playing pump, stay right here and maybe I can offer some tips. Overall tactics for successful pump gun play are not that different from using a semi-auto. Actually, a lot of what’s on this page will work for players regardless of their gun. The main difference is the pump player doesn’t have as much fire power to rely on, so he can’t afford to be sloppy. While tactics in general play differ.

Things to avoid
With a pump gun you are at a definite equipment disadvantage – not simply because of a lower rate of fire, but also because you have to use two hands. Therefore, you should avoid certain situations.

One of the first things to remember is not to get yourself in a situation where you won’t be able to use both hands when you need them.

Considering the rate of fire differential, you should also avoid going head to head with a semi-auto. Regardless of the type of equipment you are using, taking your opponent head-on is hardly ever the best tactic. Even if the two of you are on equal footing, you only have a 50% chance of success when you go head to head. If he has a semi and you have a pump, the odds just went up in his favor.

Accuracy
This is one place the pump player cannot afford to drop the ball (pun intended). Without the ease of quick “water hose” follow-up shots to guide you, as a pump player, marksmanship is your best friend. When playing pump, it is very important to be able to put your first few shots on target. Familiarity with your gun, along with a good, quick, sighting system can bring deadly accuracy (and lower paint bills).  Although paintball guns may not have pinpoint accuracy, most are certainly accurate enough to take advantage of simple sighting systems. Whether you are using open post sights on the gun, or an electronic red dot system, the key is to learn how your gun shoots in relationship to the aiming point of your sight. If your gun shoots a 6 inch wide pattern at 30 yards, then attempt to zero the sight in the center of the pattern. At least that way, you’ll  know the ball will hit within 3 inches of where you are aiming.

Learning how the gun shoots can only come from repeated use of the gun and sighting system as a unit. Gaining an intimate familiarity with how your gun shoots is the single most important skill necessary in pump play. Knowing that with only a few shots you can quickly hit whatever you want is confidence inspiring to such an extent that a lot of players refuse to play anything but pump (ironically, the same concept is achievable with semi-autos, but I suppose there’s less incentive to put that much effort into it).

Attitude
Like anything else, practice and experience will bring confidence when playing pump. Confidence also grows from being successful, and success comes in part from your state of mind. You have to believe that you can win, despite having an equipment disadvantage – and the fact is, you can. You have to believe that you make things happen – not your opponent, not the field lay out, and certainly not the gun.

If you head out on the field with an attitude of the situation being hopeless because you are outgunned, that’s exactly what it will end up being. What will naturally follow your defeat is using the gun for an excuse. After all, it’s much easier to blame the gun than to admit you could have done better, right?  That is an attitude pump players can’t afford to have. Take responsibility for what you did or didn’t do. Instead of telling yourself, “if  I’d only been able to fire faster, I could have hit him,” tell yourself  “Next time I’ll move to a better position where I will hit him.” Realize that overcoming the inherent disadvantage of playing with a pump is largely a matter of playing smarter, and avoiding the kind of sloppiness from which heavy firepower can save your butt.

Despite what I believe to be my unnatural tendency to get older and slower as my opponents become, equally unnaturally, younger and faster, I still have a good time playing pump. Part of that is because I actually play better. I think when I play with a semi-auto, I tend to have a lazy, laid back attitude (which is something I should be able to overcome now that I am aware of it-ha). The way I play pump tends to be more aggressive, meaner. I do very little hiding and lots of forward movement. If I can’t hit my target, I move as quickly as possible to a position where I can. I try not to stay in one position too long and give people with semi-autos a chance to pin me down in a hail of paint. I also try to realize when I am in a situation where withdrawal is the best option.  My attitude when playing pump really comes down to a single word – determination. A determination that comes from the fact that I know I am at an equipment disadvantage, but if I work hard enough,  I can win.  It’s a very satisfying concept when it comes to fruition.